Priceless! The value of Contemporary Art. For many people, art belongs in a museum, others add it to their collection, and some consider it purely an investment. But what is Contemporary Art? It can be determined by financial, cultural and social influences. In today’s world artists such as Jeff Koons, Banksy and Damien Hirst have tackled the consumer society with ground-breaking works for which collectors are willing to pay top dollar. Can we ever fully understand the contemporary art market? Sotheby’s will provide an insight into the international art world, the (online) auction process and its various economic aspects.

Location: Online, you will receive a link on June 18

Marlous Mostrous-Jens joined the Sotheby’s Amsterdam team as Director, Business Development after working in London as Senior Client Strategist and Director in Sotheby’s European Chairmen’s Office. Marlous has over 10 years’ experience in the international art world, she started her career in London at the Fine Art Fund Group whilst completing her Master’s in Art Business at Sotheby’s Institute of Art. Thereafter she was the Client Strategy Manager for Contemporary Art at Christie’s where she also became, at 25, the youngest auctioneer the auction house had ever had.

We are very proud to present our guest speaker Freddy Insinger! He has lived between Amsterdam, New York and London for much of his life. Not from a contemporary art collecting background, Insinger has discovered art for himself, becoming a frequent attendee of the major art fairs and an ambassador of the Stedelijk Museum in Amsterdam. He is particularly interested in emerging American painters, promoting them on his influential Instagram account (@thefreddyshow).

Support Us
College-Club has been overwhelmed by enthusiastic reactions after our two online lectures. Furthermore, we have prepared two more lectures in June and July which will be produced in the virtual event studio with augmented reality experience. We offer these four online lectures for free however each donation is more than welcome! 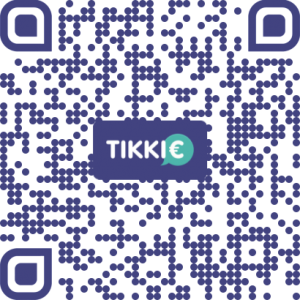